Dozens of volunteers have hand-pulled, topped and tailed around 3,000kg of surplus leeks at a Lincolnshire farm – helping to reduce waste, combat food poverty and support the agricultural sector.

Organised by members of Lions Club International, a global volunteer service organisation, the initiative – supported by law firm Shakespeare Martineau – was the first of the year in conjunction with The Gleaning Network, which encourages people across the country to pick surplus crops to shrink farm-level food waste.

After being picked on Saturday, 23 April in Coningsby, the leeks were placed in crates and distributed to frontline charities and local groups – such as school breakfast clubs, older people’s lunch clubs, homeless shelters, food banks and community cafes – via FareShare’s regional centres.

Dr Chris Hibbert, a member of Lions Club International and holding the role of national hunger officer, formed the Lions Gleaning Hub two years ago. Since then, more than 38 tonnes of food from eight counties – including Lincolnshire, Nottinghamshire and Leicestershire – have been rescued.

Chris said: “Last year, we were inundated with pumpkins as they are getting more popular and we had opportunities with around a dozen farms. While we managed to help most of them, the waste was still staggering. All those who volunteer for us have been shocked by the quality and quantity of food available on the farms we have managed to engage with and the variety of reasons for this surplus.

“While food banks, community fridges and soup kitchens are well-supported, awareness of food waste generally is still not widely appreciated. We are hoping to develop more opportunities with farms across the country, as well as encourage more volunteers to get involved. Another area we are keen to develop is around education of growing, preparing and cooking food as there is an over-reliance on takeaways and pre-prepared food.

“It is important for people to realise that the food we are picking is fresh, nutritious and delicious. It isn’t waste – it is surplus and our aim is to stop it from becoming waste.”

As part of its responsible business strategy, Shakespeare Martineau – which has a presence in Lincolnshire – is aiming to deliver 10,000 volunteering hours in 2022. People from the firm contributed towards this by pulling, preparing and saving the surplus leeks in Lincolnshire.

Jennie Wheildon, legal director who specialises in agricultural property law at Shakespeare Martineau, said: “It is estimated that £1.2 billion’s worth of food is wasted each year, which can be attributed to cosmetic standards, order cancellations, forecast changes, unpredictable weather, and harvesting capacity.

“Gleaning reduces food waste on farms and increases the supply of fresh food to those in need. “As agricultural law specialists advising farming businesses, it is particularly great to have an opportunity to volunteer on a farm by helping to harvest the surplus supply.

“We are delighted to have supported the Lions Gleaning Hub with its first pick of the year and are looking forward to helping out with more gleaning over the next 12 months.”

To find out more about Lions Club International’s gleaning project or to get involved, please contact Chris Hibbert or visit the Lions District 105CE website to view the club’s gleaning ‘Seasonal’ newsletters, as well as videos of gleans and the Lions Feeding the 5000 events – the next of which is planned for 5 November in Lincoln. 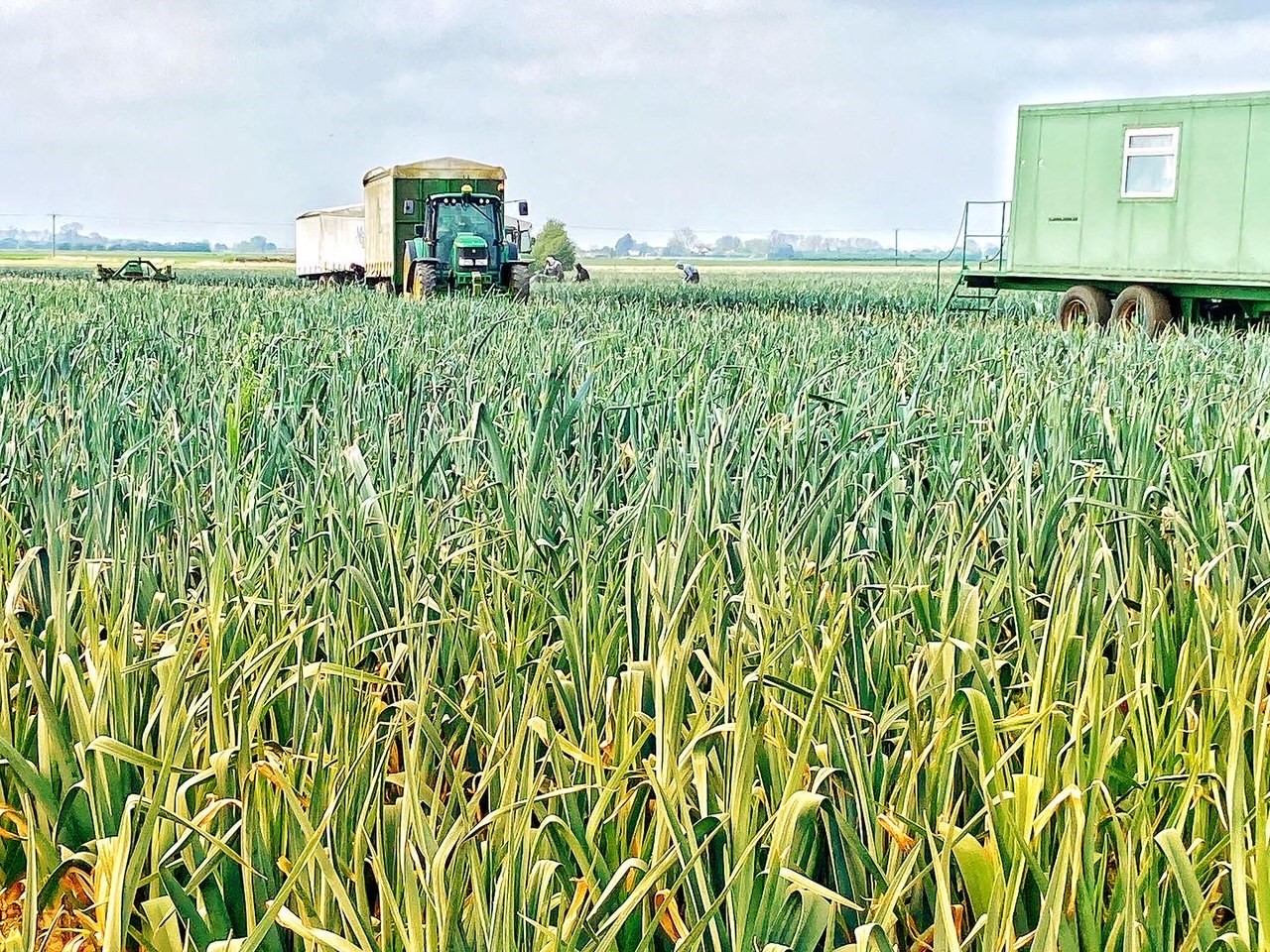 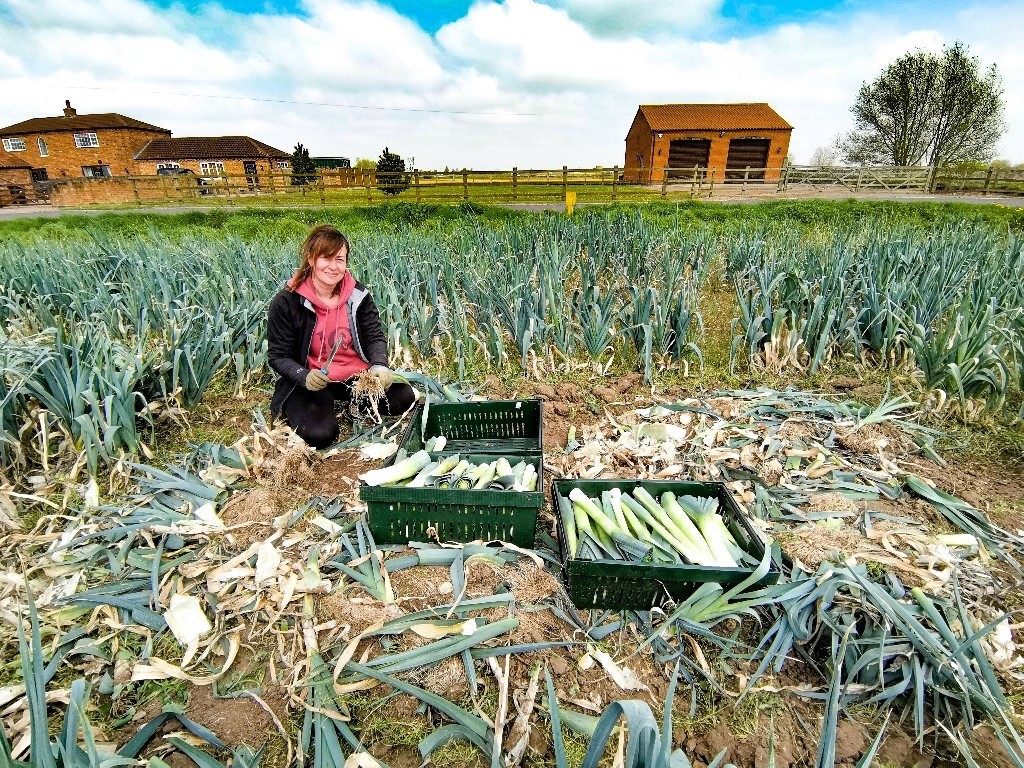 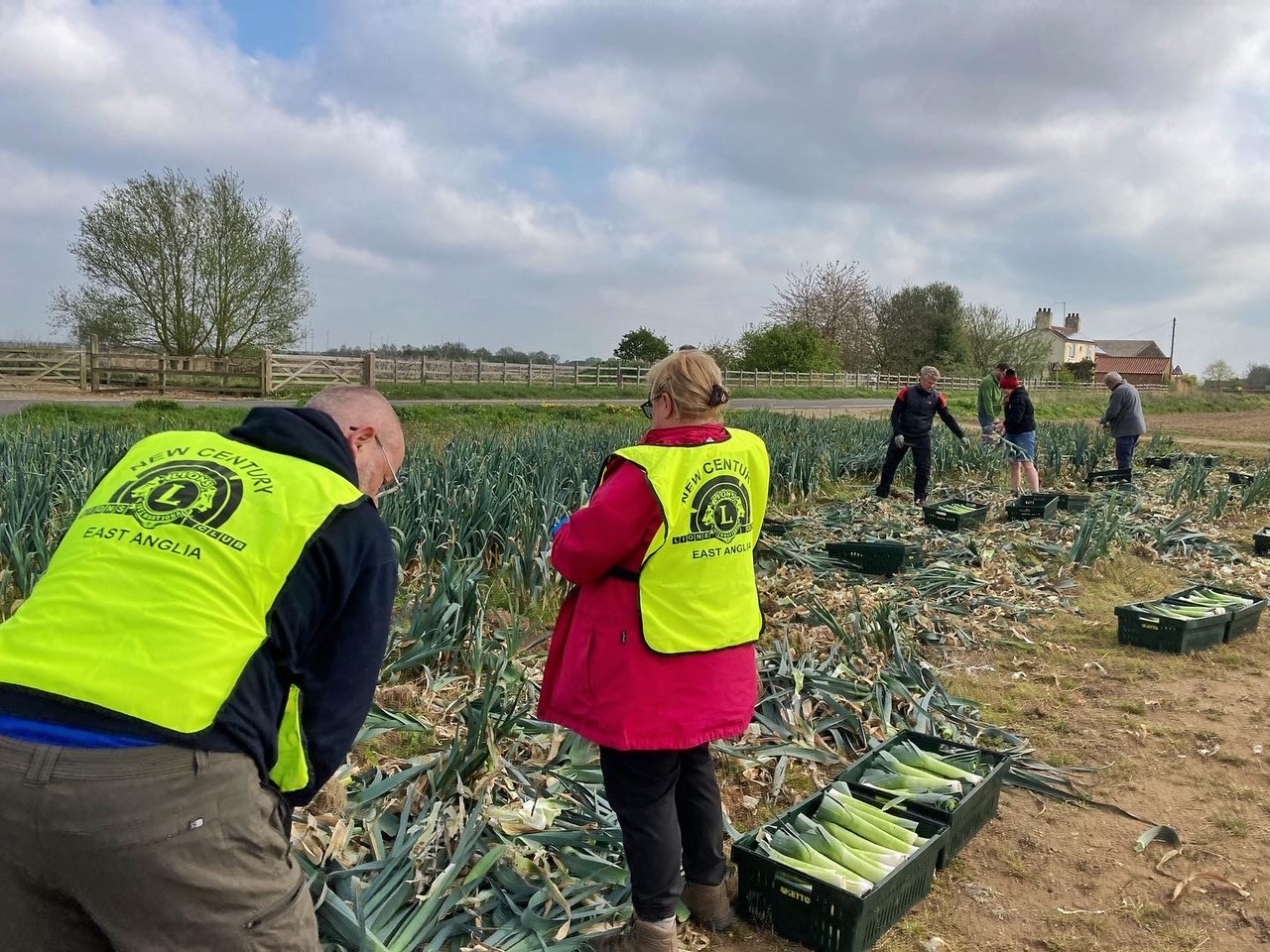 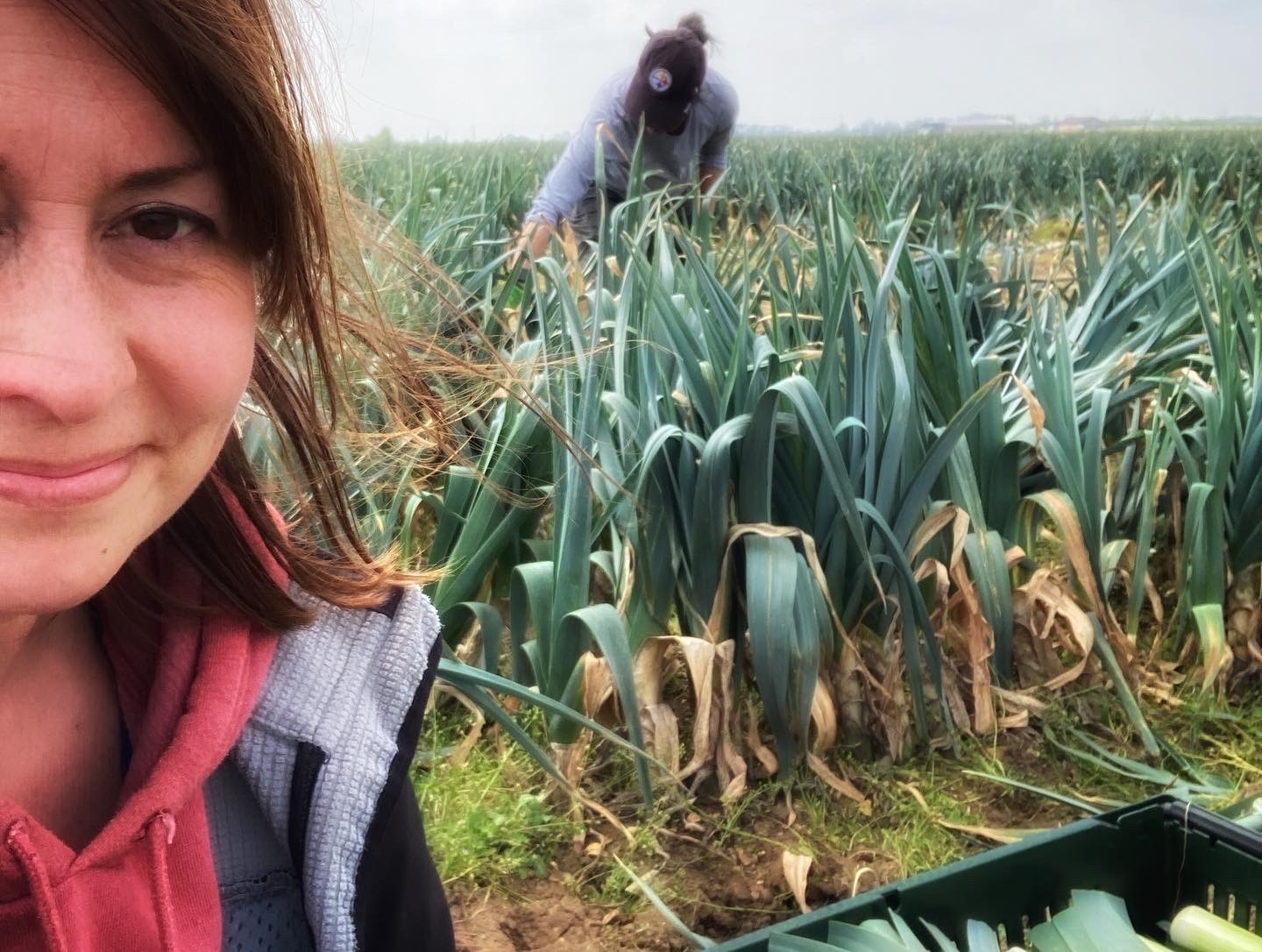 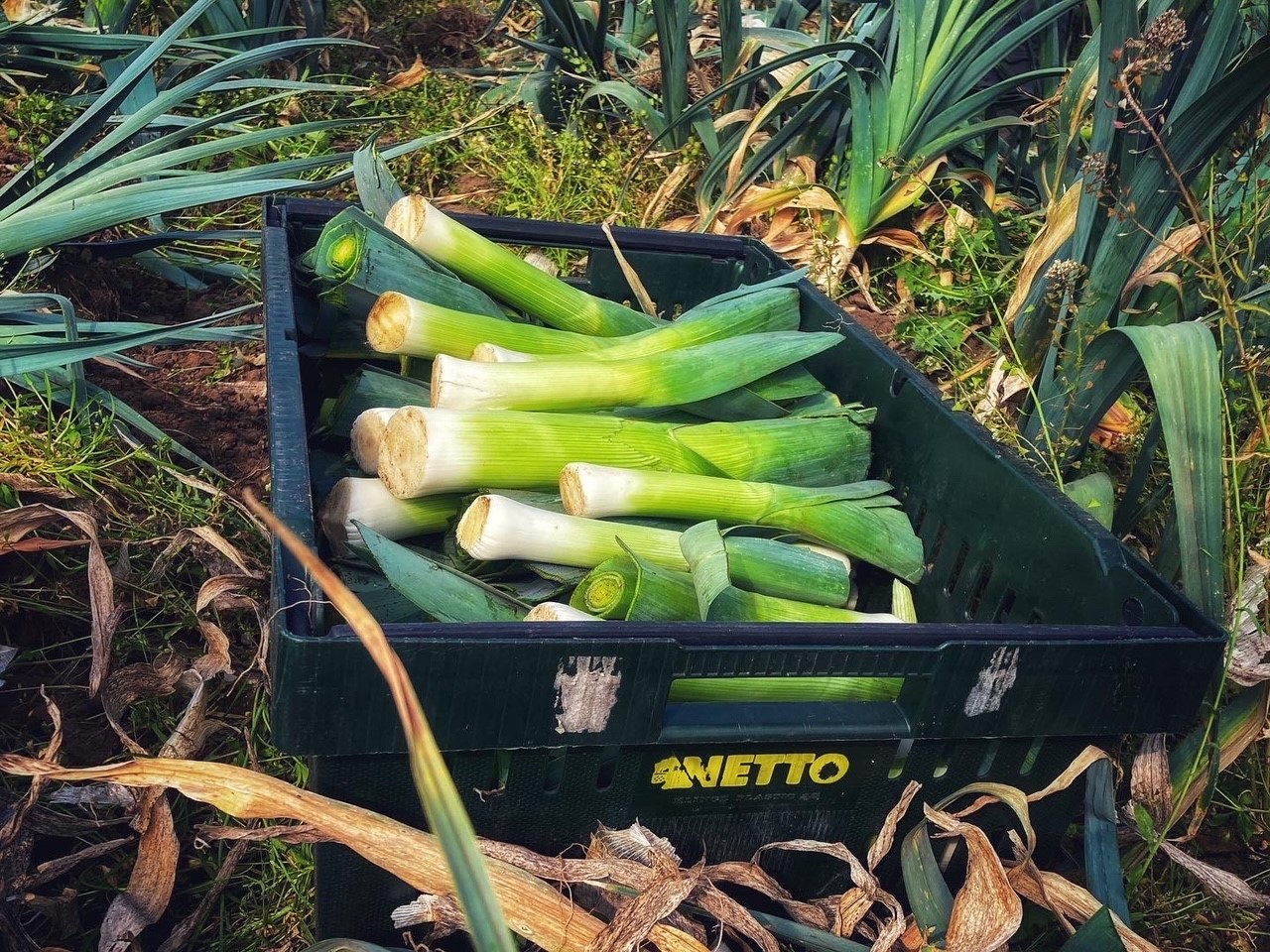 Jennie has enjoyed putting her wellington boots on and working within the agricultural sector since she was a trainee solicitor. Jennie has significant experience assisting farming clients with the wide variety of their property matters.

Get In Touch With Jennie