An audience with Tony Daley

Watched by 600 million people in over 200 countries around the world, the English Premier League is widely regarded as the most competitive of leagues in football.  What sets it apart is the hot competition for the EPL title, as six or seven clubs could realistically be crowned champions.

Aston Villa FC are one of the founding members of the football league which dates back to 1888, and one of the most successful club in English football based on competitive honours won.

In this latest SHMA Talk we were in conversation with Tony Daley, former Aston Villa FC winger who made his senior debut back in 1985, aged only 17 years. Tony will share how his dream job as a footballer all started, and how he has transferred his skills from the pitch to running his own health and fitness business today. This interview was hosted by Justine Ball, partner in our property litigation team, and as a teenager herself, played for the AVFC Under 16s team.

Whether you’re a football fan or not, this SHMA Talk is not one to be missed! 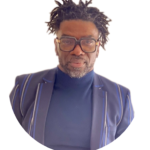 View All On Demand
Back to SHMA on demand